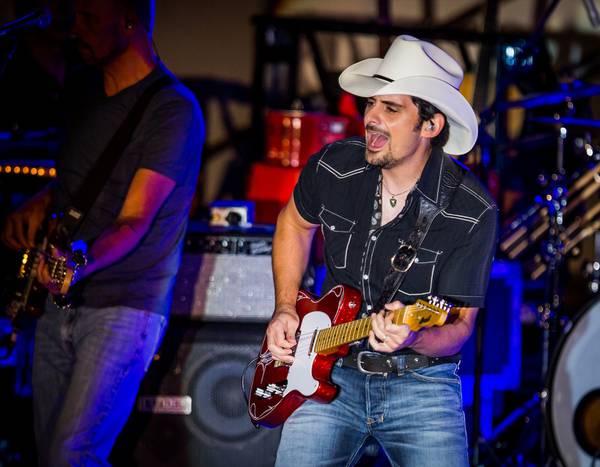 Brad Paisley at the Boulevard Pool at the Cosmopolitan in 2014.

Next weekend will be all about fireworks and the return of some of the city’s biggest shows and entertainment events. This weekend is all about checking out the brand-new Resorts World on the Strip and all its offerings, and catching some live, high-powered rock or country music events, or possibly revisiting a couple of shows that have both been entertaining audiences for more than two decades.

THE MAC KING COMEDY MAGIC SHOW One of the longest-running family-friendly shows in the history of the Strip opened in its new home this week at the Thunderland Showroom at Excalibur. The genial Mac King is a one-of-a-kind entertainer and couldn’t be more pleased to be back on the Las Vegas stage again. June 25-26, excalibur.com.

BLUE MAN GROUP You have to seriously consider if Vegas was really Vegas without these three blue oddballs pounding paint-splattered drums and enchanting audiences for so many months. But don’t worry, they’re back in their custom theater on the second floor of the Luxor for five shows this weekend before resuming a regular schedule in July. June 25-27, luxor.com.