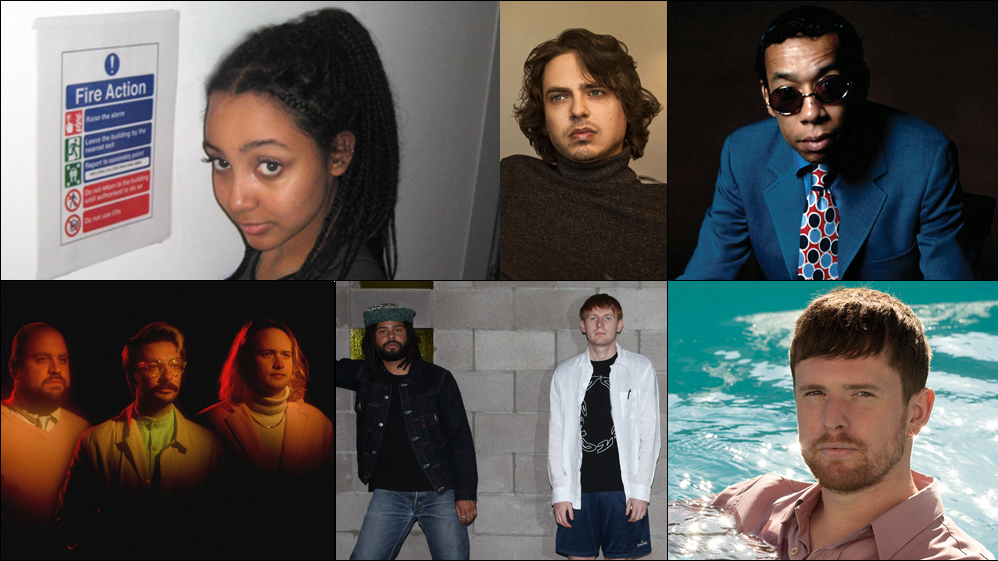 Every month, we ask the NPR Music staff: What’s the one song you couldn’t escape? What’s the one album to which you’ll return all year? In August, we got vulnerable with James Blake, leveled up with Foxing, cooed with PinkPantheress, discovered an obscure Polish composer via pianist Lucas Debargue, memorialized a member of Injury Reserve and went back in time to Lee Morgan’s weekend residency at the Lighthouse.

James Blake: “Life is Not the Same” from Friends That Break Your Heart

As another summer comes to a close and we begin to welcome fall, I find myself walking a fine line between embracing change and grieving the familiarity that is the past. Similarly, James Blake struggles with this idea, exploring the changing nature of relationships on his track “Life is Not the Same,” a melodic new single co-produced by Take a Daytrip, Joji and Khushi. Taking the listener on a fever dream filled with self-scrutiny, Blake uses trance-like production, ghostly harmonies and changes in vocal pitch to chronicle the grief of a relationship lost. The track keeps you enveloped in emotion as the masterfully arranged R&B ballad leads you on a progressing exploration of the haunting intricacies of vulnerability and disconnect. “Life is Not the Same” eerily anticipates, yet surrenders to the seasonality of the heart, setting the introspective tone for his upcoming album Friends That Break Your Heart releasing this fall. —Gabrielle Pierre

Foxing: “Beacons” from Draw Down the Moon

It’s not like Foxing hasn’t gone big before. The group’s last album, Nearer My God, was a swing-for-the-fences level-up with a title track containing the declaration, “I want it all.” But Draw Down the Moon channels that ambition to create something that’s both accessible and true-to-self. Previously, the trio channeled kinetic energy toward a moment of catharsis, but here, Foxing manages to make explosive moments in untraditional ways. Written and recorded in quarantine, it’s an urgent album that’s tightly contained, focused without sacrificing form. Take “Beacons,” perhaps the best example of Foxing’s M.O. It’s dense – inspired by the story of a mob boss’s son, Machiavelli’s The Prince and discovering your sexuality – but it also happens to be a total banger. With glitchy effects and a catchy chorus, it’s the kind of track you can’t help but play on repeat. —Lyndsey McKenna

PinkPantheress, “Just for me”

PinkPantheress is a quiet, digital star whose popularity rose through musical clips that found their home as viral TikTok sounds — way before they introduced three-minute videos. “Just for me,” produced by Mura Masa, demonstrates the singer-songwriter’s appeal: soft, impassive vocals on nostalgia-fueled beats that have the emotional pull of hearing a special someone’s ringtone late at night. It’s a song for the object of PinkPantheress’ obsession, listing the ways she’s exhibited her desire. “‘Cause I read somewhere you’ll fall in love with me,” she coos, justifying her fixation. It’s uncanny, as are most stories about stalking and obsession. The track runs just a little under two minutes, which is typical for PinkPantheress, but it lingers under the radar; you won’t even notice you’ve had it on repeat until the next time you’re sucked in again. —Alex Ramos

The world of classical music is so vast it’s easy to fall head over heels for a composer you’ve never heard of – like the music of Polish composer Miłosz Magin. He lived from 1929 until 1999 and still flies way under the radar, even for classical music geeks. But thanks to French pianist Lucas Debargue, there’s a new album offering a variety of Magin’s music and it’s a marvelous revelation. Like Chopin before him, Magin was a Polish piano virtuoso who moved to Paris. His music often moves in the rhythms of his homeland and sparkles with delicious melodies, tempered with a dollop of wistful homesickness. That’s the name of this little piano piece Magin wrote in 1982, “Nostalgie du pays” (or “Homesickness”). I love it for its simple, sheer beauty and its gently rocking rhythm. It’s a brief, little daydream that tugs at your heart. —Tom Huizenga

Injury Reserve: “Knees” from By the Time I Get to Phoenix

Injury Reserve was starting to get its due when one of its emcees, Stepa J. Groggs, died in June 2020 at the age of 32. Moved both by the loss of a founding member and a desire to return to their experimental roots, the rap group’s new track from By the Time I Get to Phoenix (out Sept. 15) feels like a musical left turn. Produced by Injury Reserve’s Parker Corey, “Knees” meditates upon a tonal Black Midi sample, and when coupled with the free-flowing lethargic flow of both Groggs and Ritchie With a T, it makes for a truly haunting track that I find myself returning to almost compulsorily, like a too-vivid nightmare. Sonically, it’s nothing like anything I’ve heard before, and is beautifully paired with a simple, yet powerful video highlighting the void the group finds themselves post-Groggs. “Please, is there any way I could grow, please?” Ritchie begs. If “Knees” is any indication for their musical growth, they’re already there in front of our very eyes. —Reanna Cruz

Lee Morgan: “Absolutions (Friday, Set 2)” from The Complete Live at the Lighthouse

The Complete Live at the Lighthouse chronicles a weekend engagement at a Hermosa Beach club at a pivotal point in trumpeter Lee Morgan’s career. He was leading a band with Bennie Maupin on saxophone, Harold Mabern on piano, Mickey Roker on drums and Jymie Merritt on bass. Jymie Merritt was also the composer of this song, “Absolutions,” and as you can hear, this is music that branches beyond the hard bop that Lee Morgan was associated with. It’s full of mystery and groove, but also pushes the envelope, stretching into new terrain. ​—Nate Chinen, WBGO

2021-09-02
Previous Post: Rebels maintain out in Afghan valley as Taliban established up government in Kabul
Next Post: Even as COVID instances increase, US Open, other functions welcome supporters