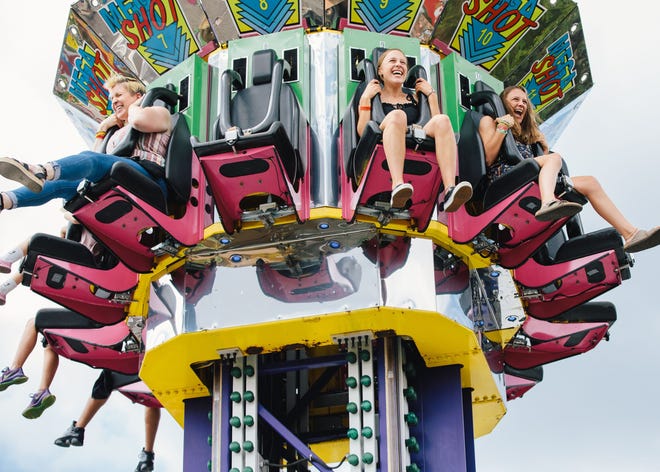 The governor was still onstage speaking that afternoon in May when the wheels started turning in Jon Witz’s head.

Amid Michigan’s ongoing pandemic restrictions, the veteran Michigan festival promoter had postponed Rock ‘n’ Rides, his Royal Oak carnival and music event, to a date in September. But now Gretchen Whitmer was unveiling the state’s reopening plans. Could Witz actually pull off Rock ‘n’ Rides in June as originally scheduled?

Whitmer’s announcement set off a flurry of phone calls between the promoter and Royal Oak officials, who ultimately gave their blessing. Next came the meetings with sponsors, vendors and nonprofit partners. One by one, the pieces fell into place.

And so here we are: Rock ‘n’ Rides will hit downtown Royal Oak on Thursday to kick off four days of family attractions — including 18 carnival rides — food trucks and a block party featuring local bands and DJs on a pair of stages.

What might have been just another event on a summer calendar takes on extra significance in 2021: Rock ‘n’ Rides is the biggest entertainment event to be held in metro Detroit since COVID-19 halted big gatherings 15 months ago.

For Witz and his team, getting here was a mad three-week scramble to put together a festival that would typically involve months of planning. Witz, who launched Arts, Beats & Eats in 1998 and directed Detroit’s outdoor Super Bowl activities in 2006, described the effort as organized chaos.

More:Metro Detroit car shows, events and cruises 2021: What to know

While outdoor events are officially back at 100% capacity, the reality of COVID-19 isn’t lost on the proceedings: Unvaccinated guests will be encouraged to wear masks and socially distance, with food and beverage servers masked as well. The festival has also adopted sanitization protocols for rides and other areas across the site.

Additionally, a vaccine clinic will be hosted by Henry Ford Health System from 10 a.m. to 4:30 p.m. Thursday just outside the festival grounds. Those who get vaccinated there will receive free Rock ‘n’ Rides admission (a $5 value) and a wristband good for one day of free rides (up to $28 value).

The festival’s vaccine initiative was spearheaded by Dave Woodward, chairman of the Oakland County Board of Commissioners, who said such events will be crucial as Oakland County aims to hit a 70% vaccination rate. The county stands at about 66%, with another 60,000 people needed to hit the mark, he said.

“Rock ‘n’ Rides is a demonstration that we’re getting through this, but we’ve still got to be vigilant,” Woodward said. “We want more of these funs events. We want to get back to normal, and the best way to do that is getting everyone vaccinated.”

For the bands and other musicians involved with the fest, this weekend is a long-awaited milestone: a chance to once again do their thing in a big public setting. Fifteen artists are scheduled on Rock ‘n’ Rides’ music stage — including headlining sets by Raising the Dead (Friday), the Reefermen (Saturday) and Cast Iron Cornbread (Sunday), with electronic musicians playing a DJ stage sponsored by Michigan cannabis chain House of Dank.

More:Faster Horses country music festival is on for July, could draw 40,000 to MIS

The two stages will bookend a Friday-Sunday block party on Fifth Street in Royal Oak.

Many artists found ways to keep the music playing this past year, including online shows, bar dates and private events. But for bands such as Detroit Trouble, the sort of platform offered by Rock ‘n’ Rides is a much-welcome return to normal.

The group, which specializes in heavy, blues-tinged rock, is using the occasion to at last publicly debut its new singer, Austin Moore. Detroit Trouble will perform at 2 p.m. Sunday with its full stage presentation — a Motor City-themed set full of car parts, mic stands made of auto gear and working smokestacks.

“As a veteran band of the local scene, we’re trying to go big time,” said guitarist Ray (Kid Lightnin’) Kaan. “An event like this allows you to gain a new fan base. It’s perfect for showcasing what we do.”

Rock ‘n’ Rides was born in 2019 of a logistical dilemma: River Days, the longtime Detroit Riverfront Conservancy festival produced by Witz, was moving to West Riverfront Park downtown. The new site wouldn’t be conducive to River Days’ array of carnival attractions, so the Royal Oak fest was created to host the rides that weekend.

With just three months to prepare, Witz thought he had a real scramble on his hands.

“What I would do for three months again,” he said this week, laughing.

Still, like everyone in the events world, he’s just happy to have stuff up and running again. And he senses the public appetite is there, too.

Witz cites the big response to the festival’s Community Day on Thursday, which partners with several youth nonprofits to offer free admission, rides and lunch for 1,500 children and their families. In the two weeks since Rock ‘n’ Ride was announced, more than 800 families have registered.

“That kind of response on short notice has been really cool,” he said. “A lot of people are doing a lot of stuff quickly. The spirit of it is just fantastic, and they’re pumped. People are hungry to get back at it.”